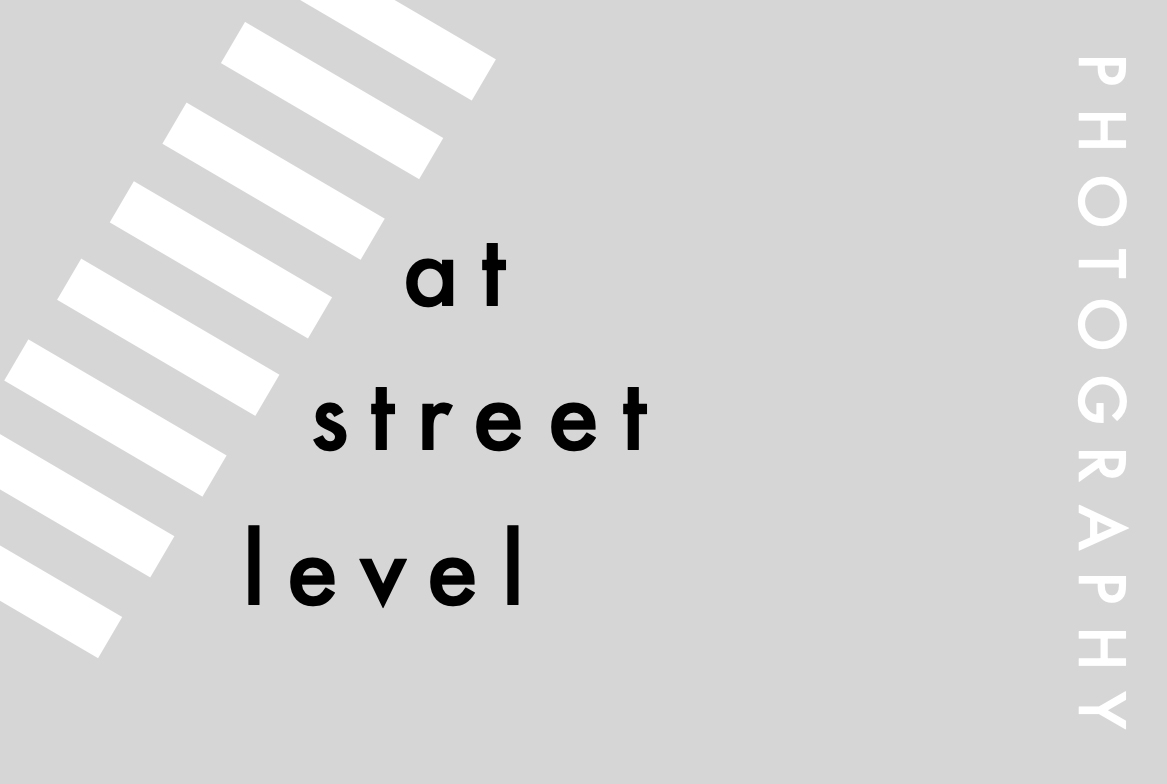 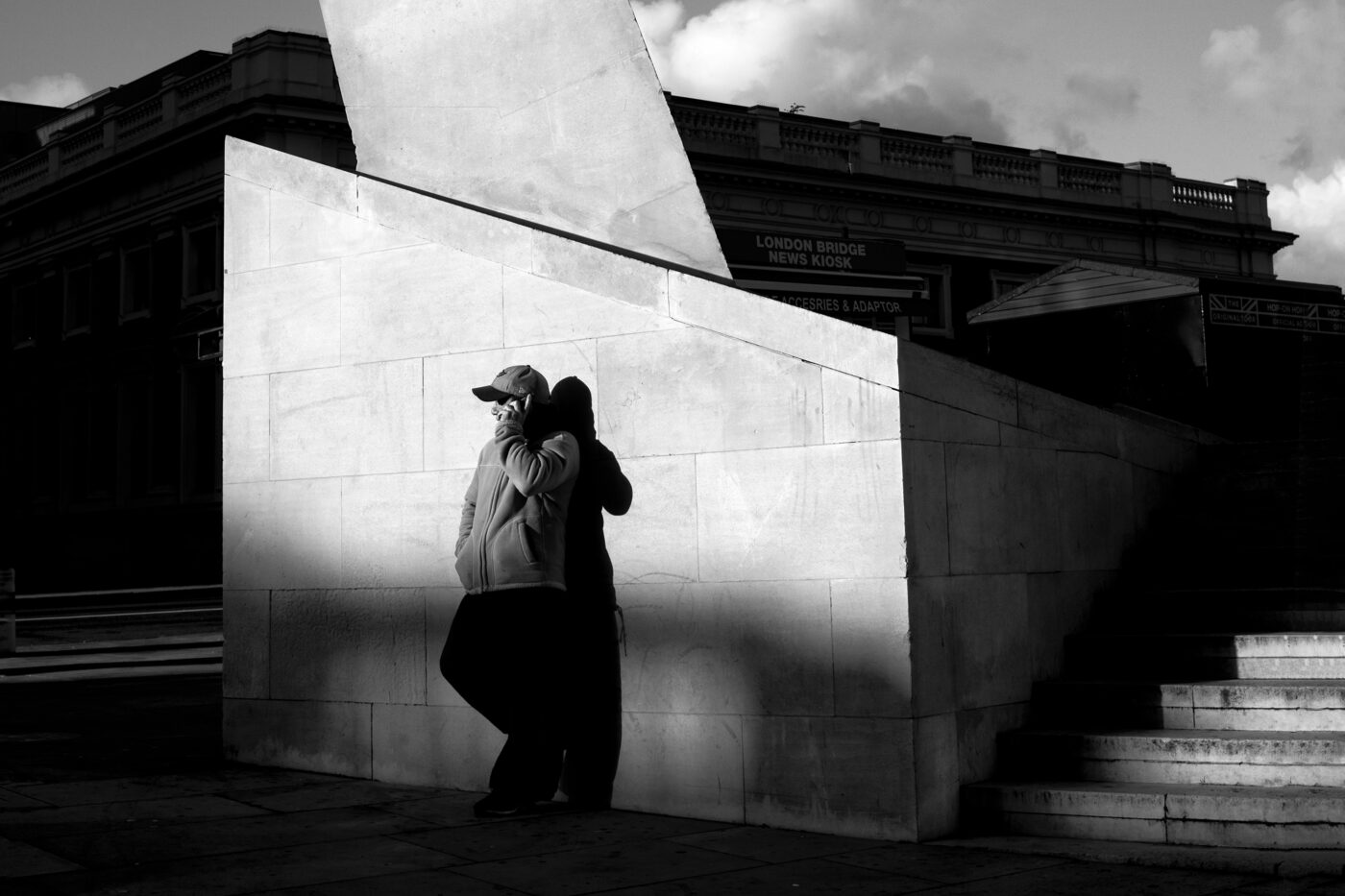 Winter light, when the sun does occasionally find its way through the clouds, offers some interesting opportunities for capturing silhouettes and shadows. London Bridge can be a great place to capture these long shadows juxtaposed against some dramatic if somewhat arbitrary sculptures and architecture. In winter months the sun tends to cut across the bridge from the south without being disrupted by tall buildings and offers a great deal of scope from street photography. 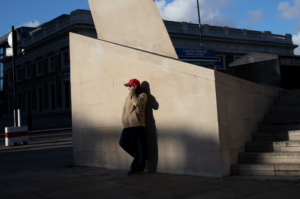 This shot was a chance capture, but with the individual enjoying a rare burst of unbridled sunshine he was taking their time. I had ample opportunity to slowly approach while taking a series of shots from different distances and angles.

There was still a considerable amount of clutter in the shot as can be seen in the colour RAW file, which I reduced in post-production by placing several areas within the frame into deep shadow. In particular by the side of the stairs and on the façade of the large building. What could have been a fairly incidental and uninteresting shot was helped by the dramatic shape of the architecture and his shadow created by the low sunlight.